Way back in 1996 (ancient times basically), my parents bought my brother, sister, and I a Nintendo 64. Since that moment when we first brought that console home, I have been a Nintendo fan. I say this despite the fact that I have never personally owned a Nintendo home console since the 64. My brother bought a GameCube, and we had a great time playing it (we still play it to this day), but I have never gone out and bought a Nintendo console. I have owned nearly every single Nintendo handheld, however: Game Boy Advance, DS, and a recently purchased New 2DS XL. Despite owning all of the handhelds, I now realize that I mostly used them as Pokémon machines. I didn’t really diversify the handheld library I owned. I say all of this to illustrate the fact that there has been a disconnect between my love of Nintendo and my lack of engagement with Nintendo products. That all changed when I purchased a Switch on day one early last year. Why did I never own a Nintendo home console until now? Why did I decide to buy a Switch? What lead me back to Nintendo? Can I really call myself a Nintendo fan? I hope to find some answers. 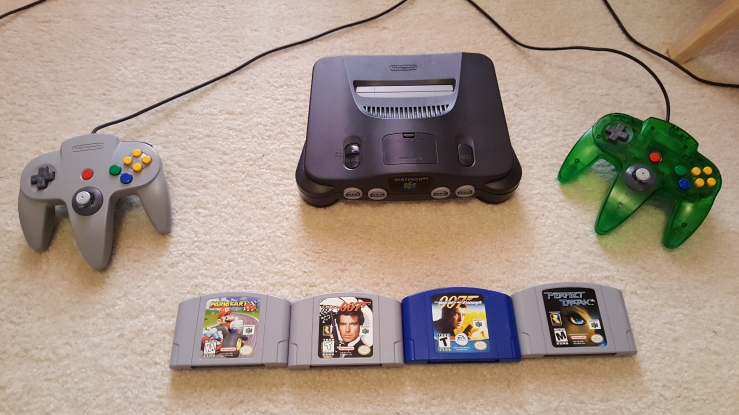 The old girl still works and is regularly used. 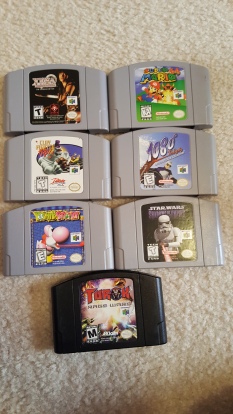 We still have the receipt for the Nintendo 64 from a store that doesn’t exist anymore.

Ah, the days of cheap controllers.

First, I had to think about what had happened after my Nintendo 64 days. It’s actually pretty easy to explain why I never bought a GameCube: my brother had one and we lived in the same house. I could have used it anytime. Another big reason I never bought a GameCube is because the video game market expanded and changed at the end of the Nintendo 64’s lifecycle. The release of the PlayStation 2 and the creation of the Xbox brand gave Nintendo more competition than it had ever had before. I opted to buy an Xbox and had a blast playing Halo: Combat Evolved, Blinx: The Time Sweeper, and The Elder Scrolls III: Morrowind. At the same time, all of my friends had a PlayStation 2. They were all busy playing games like Final Fantasy X, The Sims, Jak and Daxter, Ratchet & Clank, and Kingdom Hearts. If you look closely and think about all of these games for a minute, you’ll realize that none of them appeared on Nintendo consoles at that time. Nintendo had lost most third-party support and its own first-party releases were drowned out by the hype around Sony and Microsoft’s products (let’s be honest, it was mostly the hype from Sony’s machine). All of this combined to lessen Nintendo’s importance in my gaming life. 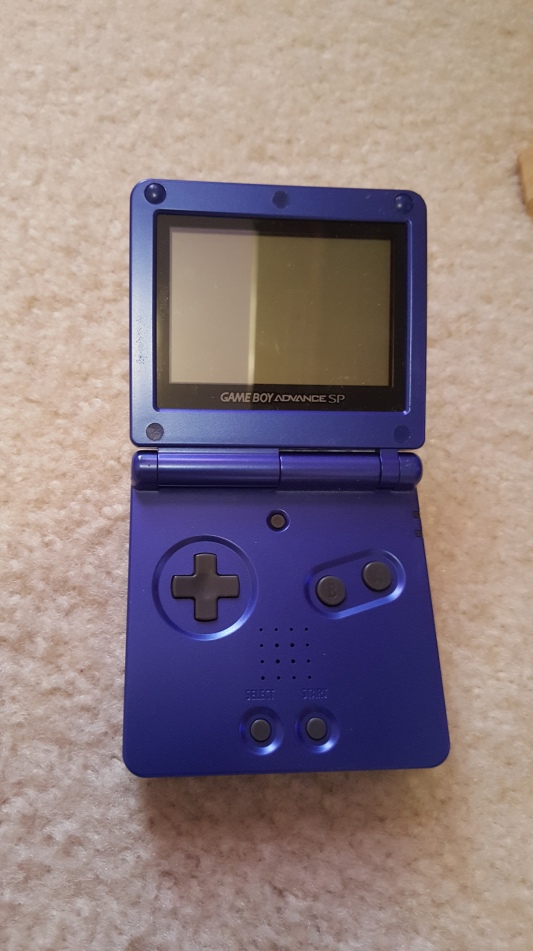 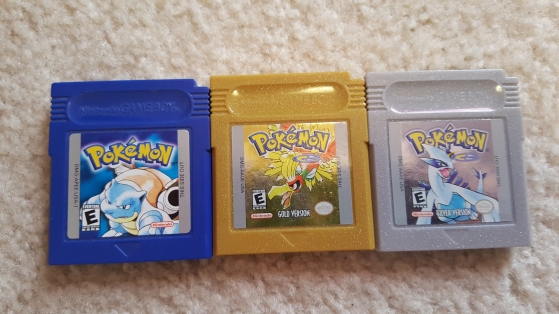 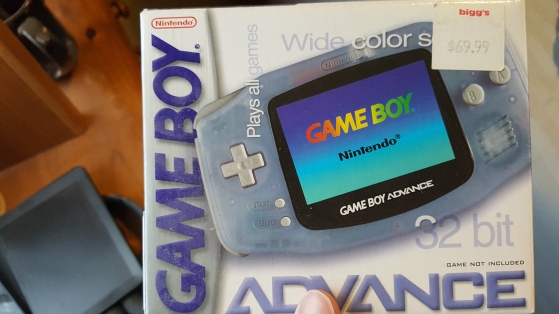 Couldn’t find the actual device while looking but found the box. Apparently we got all of our electronics at bigg’s back in the day. 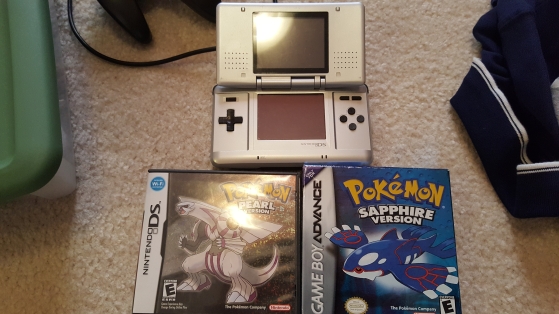 As all of you probably know, the Nintendo Wii was the bestselling console of the seventh generation. That’s right, it sold more units than both the Xbox 360 and the PS3. I feel like that makes me the only person in the world who didn’t have one (even my Grandparents bought one). I personally wasn’t interested in the motion controls that the Wii was pushing but everyone else seemed to be. Why would I want to move around and wave my arms around like a madman while playing video games? It just didn’t make any sense to me. I had purchased an Xbox 360 within a few months of its release and I had a blast with it. I remember it being my console of choice throughout the whole generation. I fondly remember playing BioShock, The Elder Scrolls IV: Oblivion, Assassin’s Creed, the Saints Row games, Batman: Arkham Asylum, Batman: Arkham City, and so many more. That’s not even including the countless hours I spent playing all the Halo and Call of Duty releases every weekend with my friends. I think the motion controls coupled with the lack of third-party support and the sheer awesomeness of all the games released on other consoles during the seventh gen put me off buying a Wii.

There’s not much to say about the Wii U since it came out while I was in college and I didn’t really spend that much time playing video games then. I also never heard that much about the Wii U (apparently no one else did either) because, let’s be honest, it had a terrible name. After college, however, I did purchase an Xbox One. This is where things get interesting. Ever since the OG Xbox, I had been a big Xbox fan. With the Xbox One, I became disillusioned by the fact that Microsoft was only releasing multiplayer-centric games. At this point, I began to take notice of all the games that were releasing for the Wii U and even the 3DS systems that I was missing out on: Super Mario 3D World, Mario Kart 8, Super Smash Bros. Wii U, Bayonetta 2, Captain Toad: Treasure Tracker, all the entries in the Pokémon and Fire Emblem series’, and, of course, everything in the Legend of Zelda franchise. I even became interested in (and regretted not buying) a Wii for Super Mario Galaxy, Super Smash Bros. Brawl, The Legend of Zelda: Twilight Princess, and even the all the games on Virtual Console. I finally realized what I had missed out on and made me think about finally buying a Nintendo home console. This was compounded by the fact that one of my roommates had purchased a Wii U himself and we had a blast playing Mario Kart 8. 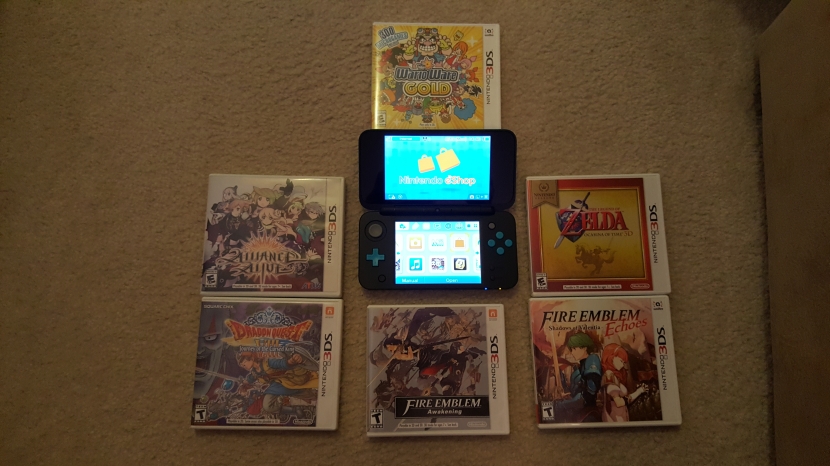 Just bought this six months ago. I was late to the party. 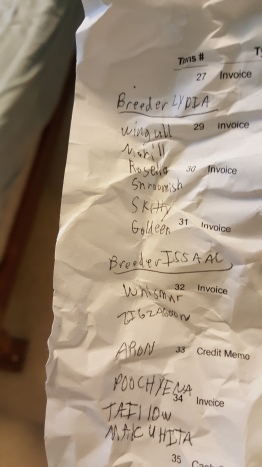 I even found this handwritten note from about Pokemon when I was looking for my old game stuff. Why did I write this?

Enter the Switch. Around the time that I was considering buying a Nintendo console, rumors began circulating that Nintendo was going to cut the Wii U’s lifecycle short due to its lackluster sales numbers. I decided to wait and see what Nintendo had in store. When it released that first trailer for the Switch, my jaw hit the floor. If you had given me a thousand years to come up with a console design that was innovative and would get people’s attention right away, my design would not have been close to what was shown. Needless to say, I was sold right away. A console that could be easily played on a TV and simply picked up to play on the go? Sign me up. That was the first time I was sold on a console just by looking at the damn thing.

The console itself wasn’t the only thing that made me want a Switch, of course. There were the games: The Legend of Zelda: Breath of the Wild, Splatoon 2 (which I still need to get, if I’m being honest), and even Shin Megami Tensei V had all piqued my interest during the Nintendo livestream in January 2017. In addition, I had always wanted to try out Shovel Knight and I Am Setsuna, both of which were coming to the Switch and are a perfect fit for the system, in my opinion. The game I was most excited for, however, and one that was only teased during the initial trailer for the Switch, was Super Mario Odyssey. I was completely taken aback by what little footage I saw when it was revealed (it didn’t even have a name at the time). The reason, I believe, I was so smitten by that small amount of footage was because it instantly reminded me of one of my favorite games of all time: Super Mario 64. Memories of playing that game with my brother and even my mom have stayed with me all these years and when I saw a game that looked so similar to it two decades later, I was pumped. My immediate thought was that we were finally getting a sequel to Super Mario 64. In many ways, Super Mario Odyssey is a sequel to that game and it is the main reason why I bought a Nintendo Switch. 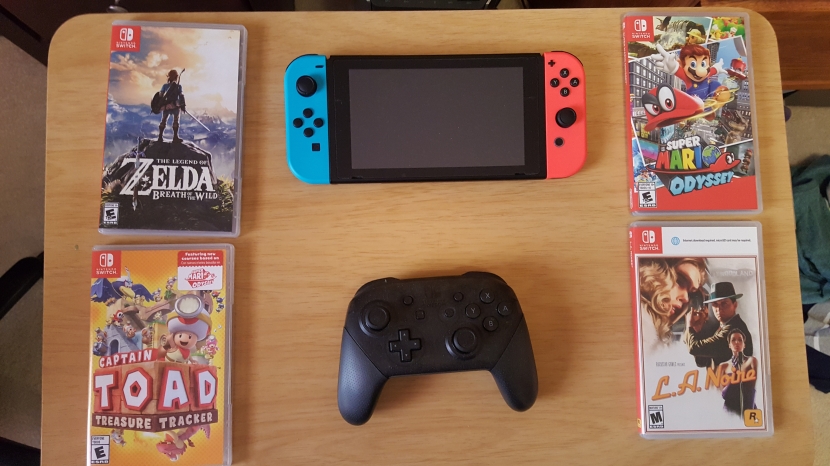 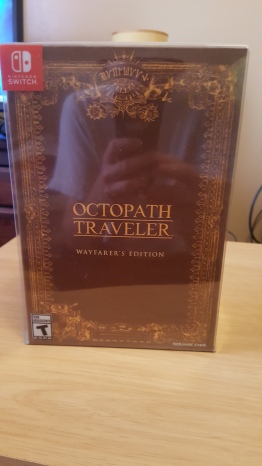 You know I had to include this one on here. Bonus reflection of me.

There is perhaps another reason why I finally bought a Nintendo home console and it ties into the many trends of the current console generation. Most games released nowadays are full of microtransactions, season passes, loot boxes, DLC, battle passes, and the list goes on and on. Nintendo (with very few exceptions) isn’t like that. When you buy one of its games, you get a whole and complete experience. And, as a bonus, Nintendo’s games are loads of fun. I’m usually more of a story kind of guy when it comes to video games but, damnit, the gameplay in any of Nintendo’s games is the best you’ll find anywhere. Every game it develops also has, what I like to call, that old Nintendo charm (blog post title!). Every single game I’ve played on the Switch has put a big smile on my face. I’ve had more fun with the titles available at this point on the Switch than I’ve had with most of the games released on the other two systems. And there’s still more to come: whatever the new Pokémon game is, Metroid Prime 4, Super Smash Bros. Ultimate, and the re-release of The World Ends With You are the titles I’m most looking forward to. I can’t wait to get my hands on them. And I’m sure Nintendo has a few more titles up its sleeves just waiting to be announced.

The hold and pull that Nintendo has had on me for all these years despite the fact that I haven’t owned one of their consoles is extraordinary. I mean, I had played their other consoles with friends and I have purchased most of their handheld consoles but the fact I was reeled in by a few seconds of footage of a new Super Mario 64-like game is amazing to me. It shows that my love for Nintendo and its games was always there and only needed something to bring it to the surface. Well, its safe to say the Switch was that something. In the year and a half that I’ve owned the system, I have had a blast playing its games and I don’t see the fun ending anytime soon. I eagerly look forward to what Nintendo has in store for us and I hope its developers continue to delight and surprise us in new and exciting ways.

Thank you for reading and I hope you enjoyed it! Do you have a Switch? What are some of your favorite games on the system? What are you most looking forward to and what do you hope they announce in the future? Let me know!