Part what I’ve been up to, part what the future holds.

If you read my blog post from late last year titled “The Future of the Pretend Gamer,” then you know I promised two things; 1) I would be playing and reviewing the mainline Final Fantasy games starting with VI and ending with XV and 2) that I would be making YouTube videos. First and foremost, I want to assure all two of my fans that I still intend to do both of those things. I have been meaning to start Final Fantasy VI for a while now but I have gotten distracted a few times. I intend to begin playing it very, very soon.

Let’s first discuss the distractions. Besides my day job, I have been sidetracked by other games. Most of these games have already received a review here on the blog. There are a few notable exceptions, however. I have already finished the two titles I’m referring to (been finished for a while actually) but I have not posted any reviews for them yet. Why? Because I want their reviews to be the first videos I ever make. These two games are a part of a series that has quickly become my favorite of all time. I won’t tell you what the games are but I will give you a little hint. They both involve a dragon and a dog.

As for the Final Fantasy series, the plan remains the same; I wish to play and review most of the mainline series. As I said above, I intend to begin playing Final Fantasy VI any day now. I must admit that I will not be able to finish all of the games in the series this year and thus this little project will extend into next year. This will be the case because I will more than likely get distracted by other games many more times throughout 2019. There are many new games coming out this year that I have my eye on and I won’t be able to wait to play them when they get released. I hope you all are looking forward to my Final Fantasy reviews whenever they appear! Stay tuned here to find them when they do get released. 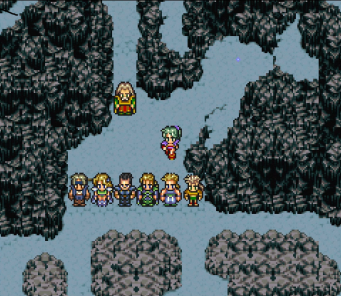 Before I go, I do want to briefly talk about the videos again. I’m still learning how to use the editing software and it will probably take me a while longer to get comfortable with it. What I’m saying is that it will more than likely be a month or two before the first one goes up. I will let you all know when it’s ready!

As for the blog posts, I will be taking a few weeks off from posting content. I may do a special post for E3 (which is right around the corner) but no promises. I have to get a few things in order so I can have a successful second half of the year.

Thank you all for your support and be sure to come back in a few weeks to see what I’ve done!

a.k.a. The Pretend Gamer