Although this console generation is winding down, the games just keep on coming.

Sometimes it’s worth taking the time to appreciate all the good games that have come out so far in a year. We won’t be doing that today, however! Instead, we are going to take a look at the ten games releasing (allegedly) this year that I am most excited for. The games are listed in alphabetical order and not by the level of excitement I have for them. Also, this is my personal list and I undoubtedly have left out a few big titles that everyone else can’t wait to get their hands on. Please keep that in mind while reading. Let’s go! 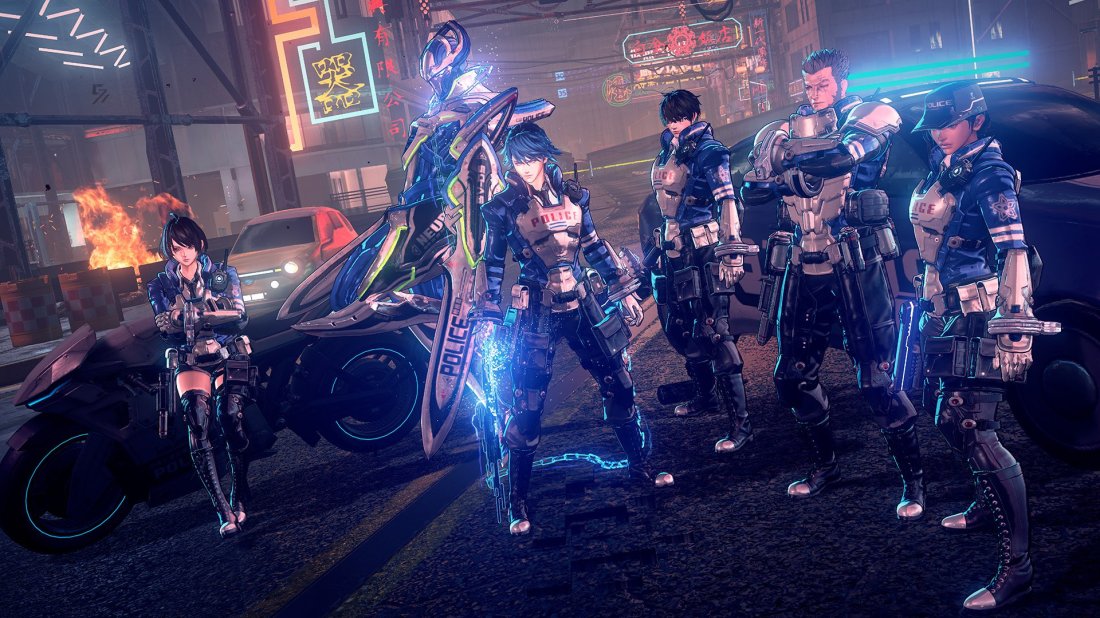 Surprising everyone when it was announced during the February Nintendo Direct this year, Astral Chain is the next game from everyone’s favorite action developer: Platinum Games. Judging by the trailer, it looks like it has all the action expected from a Platinum game (it is being directed by the guy who supervised Nier: Automata’s gameplay, after all). Astral Chain is set in a futuristic city called The Ark and monsters are appearing out of rifts. The Ark’s police force takes it upon itself to fight these monsters. By all indications this game looks like it will be goofy, fun, stupid, and serious all at the same time. I just hope the Switch can handle the game without too many performance issues. 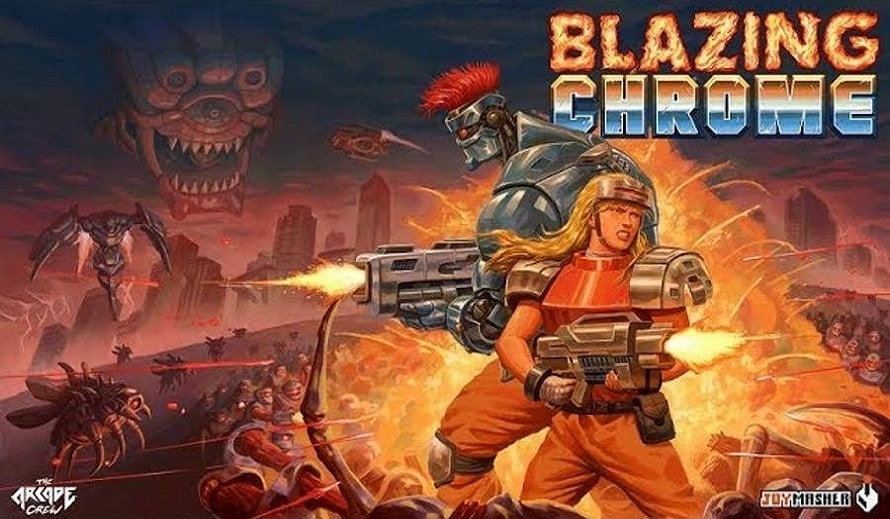 This is perhaps the most surprising game on my list since I didn’t even know about it until two months ago when Microsoft showed it off during its ID@GamePass stream. It looks like an arcade game from the 80’s travelled through time to appear on modern systems. Blazing Chrome features both single-player and co-op action. The game’s story (which, let’s be honest here, won’t be the main attraction though I could be surprised) revolves around humans rebelling against their robot overlords. It has awesome artwork along with a cool soundtrack. Blazing Chrome essentially combines an 80’s action movie plot with classic side-scrolling action. I was sold on it with just one trailer so I hope it lives up to the hype.

Eastward, being developed by a small team in Shanghai, is about a miner in a post-apocalyptic futuristic setting who discovers a young girl while working underground. The story seems to revolve around both of them working together to discover her origins. The game promises a mysterious world filled with charming characters. From the trailer, I’m inclined to believe the developer. I’m really digging the art style and the music (again, just from the trailer). Eastward features an action combat system that reminds me of, dare I say it, the Zelda titles of yore. In fact, the whole game seems to be in that kind of style. I’m excited for Eastward because I think it will be interesting to see what a modern-day developer can do in that style.

As the next installment in the long-running series, Fire Emblem: Three Houses has a lot to live up to. Three Houses promises an epic tale about a schoolteacher charged with educating the heirs of the three great powers on the continent of Fόdlan. No pressure there, I’m sure. I don’t have insider knowledge about the project but I think everyone will get along with each other and there will be no major war to speak of whatsoever (this is sarcasm just in case you couldn’t tell). The tale begins when the main playable character begins seeing visions of a mysterious girl named Sothis. I’m sure we’ll find out more about her in due time.

One interesting thing I noticed in the trailers is that it seems the combat will be shaken up a little bit in this game. It appears that there will be squads of soldiers fighting each other instead of individual units. I’m interested to see what that’s about. One concern I have for Three Houses is that it may focus more on romances between characters instead of the story or fighting. I hope it isn’t all about the relationships between the different characters because I’ve always enjoyed the storylines of the Fire Emblem games. I know I’m in the minority here since the series has been going in that direction for a while now and keeps gaining in popularity. Either way, we’ll see on July 26th, won’t we? Full disclosure: I backed The Good Life on Kickstarter so you know that I’m already sold on it.

I’m sure that The Good Life, directed by Hidetaka Suehiro a.k.a. Swery65, will be interesting when it releases. The first game of his I ever played was D4: Dark Dreams Don’t Die (RIP) and from that moment on I was hooked to Swery’s games (I have yet to play The Missing though I hope to get to that soon). The Good Life centers around Naomi, a journalist who travels to a British village to pay off a debt. While there, a murder occurs that disrupts the peace of the village and Naomi must work to solve it. There is a demo you can download and play on the game’s Kickstarter page should you choose to do so. The gist of the game consists of Naomi taking pictures and talking to the odd inhabitants of the town. Also, everyone turns into cats and dogs every once a while. As I said, this is a Swery game so expect all sorts of crazy things to be in it. I can’t wait to see what he has in store for us. 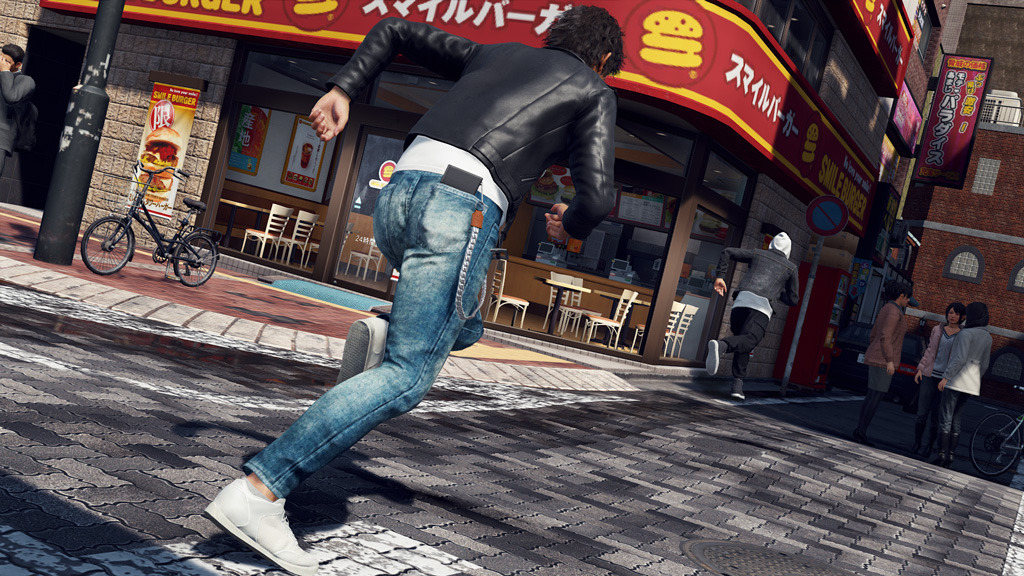 Developed by the same studio behind the Yakuza series, it should come as no surprise that Judgment looks like it will be very similar to the games in that series. The protagonist can use a variety of combat styles, the graphics look damn near the same, and Judgment even takes place in the main city of the Yakuza series: Kamurocho. Instead of being a Yakuza, we get to play as private eye Takoyuki Yagami who is investigating a string of violent murders. It looks like we’ll be using investigation skills, disguises, and interrogations in order to solve a variety of cases. There will also be a plethora of side activities to indulge in as well. Unlike the Yakuza series, however, Judgment will feature both English and Japanese voice acting. In short, Judgment looks like it will scratch that Yakuza itch (and hopefully be a great game in its own right) until the remastered version of Yakuza 3 appears on PS4 in the West.  Barring another cocaine scandal, Judgment will release on June 26th.

Out of all the titles listed here, this game is the least likely to come out this year due to the controversies surrounding the director along with his legal issues. The Last Night is a cyberpunk futuristic thriller. You will step into the shoes of Charlie who is an ordinary citizen who can’t take part in many of the future’s technologies due to a childhood accident. I must admit that this is a well-worn plot device for cyberpunk games but I’m not tired of it (yet). The developers promise that there will be both action and stealth gameplay along with deep choices which will affect the narrative. I became entranced by the game when it was shown off at Microsoft’s E3 2017 presentation (I mean, just look at the visuals in the trailer) and I’m holding out hope that The Last Night will come out eventually. It looks like the developers have nailed the cyberpunk aesthetic and it would be a shame if it was never released.

The Legend of Zelda: Link’s Awakening

In addition to Astral Chain, Nintendo surprised everyone with the announcement of a remake of the Game Boy’s Link’s Awakening. After the announcement, I got on my 2DS and bought the DX version of the game and I have to say that I didn’t enjoy my time with it. I know that statement will upset a lot of people because everyone seems to love it but it’s the truth. The original game has a lot of charm but I couldn’t finish it because the puzzles were just too damn obtuse and the item-switching got on my nerves really quickly (you can only have two items equipped at any one time). That said, I like what I’ve seen so far of the remake. A lot of people have a problem with the new art style but I think it’s fitting. I do hope they modernize it for today’s gaming audience (especially the item switching mechanics and the puzzles). That’s my only concern since I’m always down to play a Zelda game. I have faith that Nintendo will be able to please fans and newcomers alike. After all, Nintendo rarely disappoints.

Fallout: New Vegas seems to be just about everyone’s favorite modern Fallout game. Therefore, when a game in a similar vein made by the same developer was announced, that got everyone’s attention. The Outer Worlds will be filled with mega-corporations, space exploration, wacky characters, decisions both big and small, and with the trademark humor for which the developers are well-known. It will be interesting from my perspective because the original Fallout influenced Bethesda’s Fallout games and now Bethesda’s games seem to have influenced The Outer Worlds (at least in the first-person department). The developers are saying that this will be a smaller RPG but will be highly replayable since there will be so many ways to accomplish tasks. This is fine with me since I really don’t need anymore large, sprawling RPGs in my life at the moment. I’m especially excited by the flaw system used when playing at the Supernova difficulty level along with the ability to have a dumb playthrough (essentially your character is very, very dumb throughout the game). Hopefully, it does indeed come out this year.

Ok, ok, I’ll say some more. I highly enjoyed the Let’s GO games released last year even though they did have a few shortcomings. Sword and Shield take place on a landmass that looks like an upside-down Britain. The starter Pokémon look pretty good (except Grookey) and I’m glad we can battle wild Pokémon again unlike in the Let’s GO titles. I am saddened, however, that we won’t be able to see the Pokémon walking around in the tall grass. I do like that Sword and Shield have the same (or close to it) visual style as the two games released late last year as well. I do hope that Game Freak and co. have some gameplay changes in store for us Pokémon fans. Regardless, I think Pokémon Sword and Shield will be a great way to end the year.

These are my ten most anticipated games for 2019. I hope you enjoyed reading about them and hopefully some of these games are now on your radar. If you couldn’t tell, these are all mostly single-player story-driven games. That’s just how I roll. Anyways, thanks for reading and have a good week!